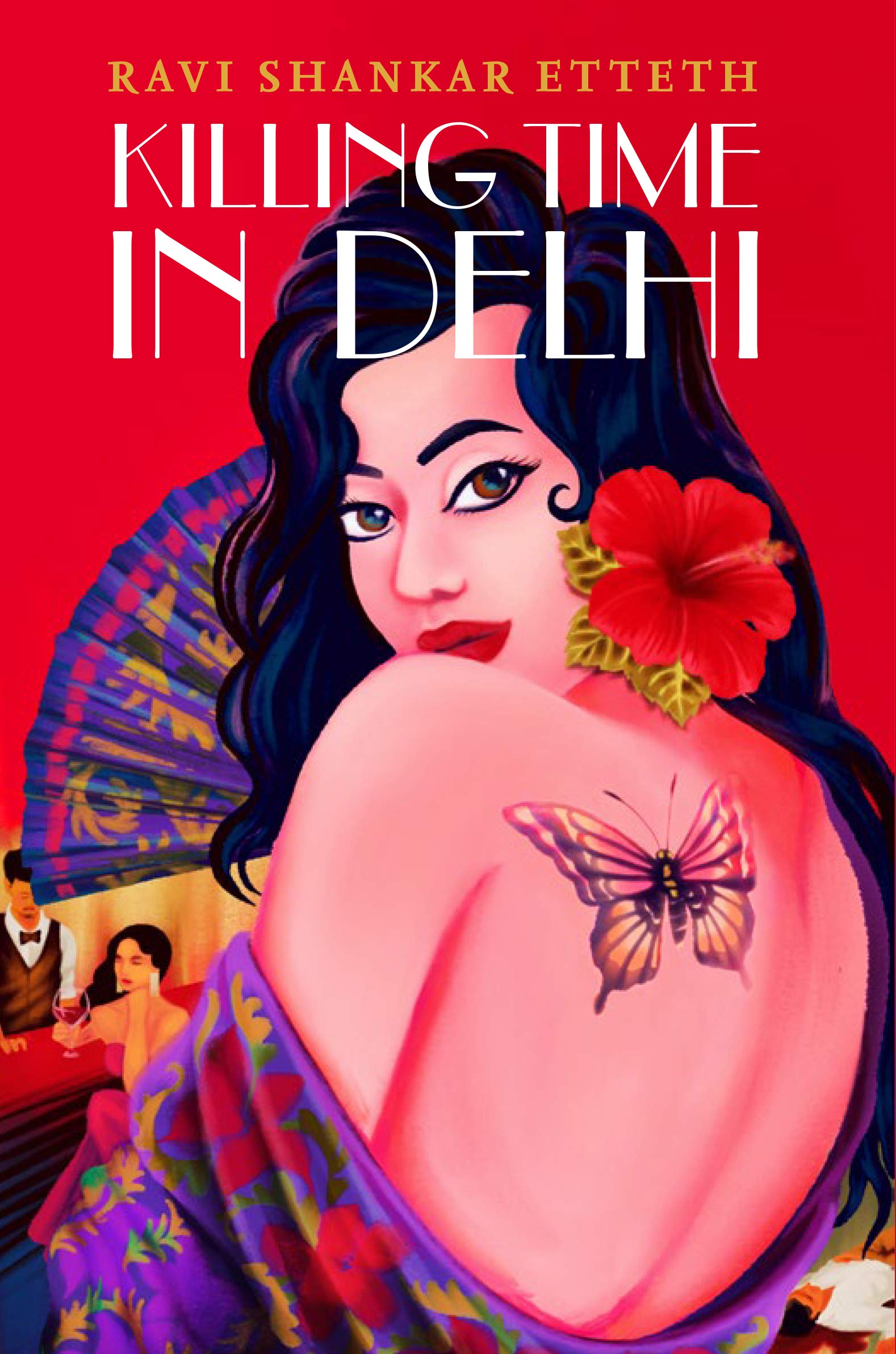 Bon vivant Charlie Seth, a privileged denizen of Lutyens’ Delhi, leads a life of idle luxury fuelled by money, drugs, sex and parties. A cocaine overdose kills his ditzy girlfriend, thrusting him into a maelstrom of conspiracy, murder, blackmail and promiscuity. As the world of Crazy Rich Punjabis unravels, Charlie’s future is suddenly at the mercy of an enigmatic woman, an unscrupulous swami, a society-obsessed policeman, a slippery drug pusher and a disloyal valet. The only person who can help him is his missing aunt. Holed up in the country palace that his grandfather had won in a game of cards from a raja on Diwali, Charlie plots his revenge.

Killing Time in Delhi is a brutally funny look into the shenanigans of Delhi’s ultrarich who live in the fast lane and are high on hypocrisy, borrowed money and dubious deals.

RAVI SHANKAR ETTETH is a Delhi-based journalist, satirist, graphic designer and author. He has been the editorial cartoonist of Indian Express, creative director of Observer Group of Publications, editor at India Today and Sunday Standard, and CEO and editor-in-chief of Voice of India and Millionaire. In 1996, Etteth published his first book of short stories, The Scream of the Dragonflies. Subsequently, he published five more titles—The Tiger By The River (2002), The Village of Widows (2004), The Gold of Their Regrets (2009), The Book of Shiva (2016) and The Brahmin (2018). He is now a columnist and consulting editor at New Indian Express.